On Juli 22nd the Brabant Health Deal was signed at government level covering a territory of 2.5 million citizens. It is a significant evolutionary step in regional development, experimentally initiated by AiREAS (multidisciplinary healthy city cooperative) in 2011, making core human values lead the innovative discours rather than economic growth. After five years of cocreation sufficient proof of concept was provided to gain the trust of political-economic governance that investment in quality of life delivers local wellness, productivity, bureaucratic savings and a new innovative impulse for economic growth. Economic growth is hence a positive consequence when it is not the primary goal.

This deal is our own motivation to invite the rest of the world to participate in a Global Health Deal.

Health is a core leadership responsibility
Health is an abstract given that only seems to concern us when it is absent. Nevertheless, when we observe nature we find that the evolution of lifeforms is based on health. Everything that is not healthy eventually disappears to be replaced by something else that is healthy again. The human being has difficulties in dealing with abstractions that belong to our core evolutionary responsibilities. As a self-aware species we tend to use our wit and creativity primarily for self fulfillment in a competitive world. This was OK as long as our surrounding nature and corresponding lifeforms were big enough to cope with the collateral damage caused by the destructive human species. Now, with a consumer, capitalist lifestyle and 7 billion members of our species we have reached a point of mass destruction of life on Earth, including our own. Our competitive nature of greed reverts against ourselves through pollution, shortages, climate change, disasters and diseases. The system that produced our wealth is now producing our pains. Awareness driven change has become a choice, continue with the destruction or contribute to sustainable evolution. The key word becomes this abstract natural core value referred to as Health.

We are confronted for the first time with our individual and collective leadership choice. Continue with mass extinction up to eliminating ourselves? Or use our wit and creativity for health driven evolutionary progress as a species.

STIR Foundation and AiREAS
In 2009 the STIR Foundation announced its research commitment to establish a society based on the core natural values for stable and progressive human communities: Health, safety, cocreative local resilience, awareness and the basic daily needs (food, water, air). Sustainocracy became an experimental operational fact in which the core values lead and the 4 pillars of society (local government, science, innovative entrepreneurship, civilian social innovation) take responsibility together to establish priorities for project driven compliance through complex innovative change. In 2011 AiREAS was founded to cocreate healthy regions from air quality perspective using the sustainocratic framework. This short film shows the impact of such multidisciplinary cocreation in which regional health (mental, physical, environmental) is the driver and economic growth a consequence.

Brabant Health Deal
With the experimental efforts in STIR and AiREAS a new societal movement became our new reality in response to the known global and local issues and threats of pollution, lifestyle, shortages, global warming, etc. In 2015 it received the European Innovation Award and was accredited peer 4 awareness driven regional development. On Juli 22 2016 this resulted in the political-economic signing of the Brabant Health Deal at provincial governance level in Holland. For the first time the regional government executives of 5 mayor local cities and a province with 2.5 million civilians committed to making “health” leading in their policy discussions and decision making for territorial development. In this short film (mainly in Dutch) the stakeholders reconfirm their commitment with AiREAS in the core of their statement. AiREAS had started as a civilian invitation to cocreate healthy cities and regions for our own civilian benefit, together with our institutional authorities and expertise. It had grown into an association of leadership in a human executive world of transition towards sustainable human, ecological and economic resilience.

The Global Health Deal
The Euro-commissionar in the film hopes that this Health Deal becomes a source of inspiration for all regions in the world. We don’t only second this motion as AiREAS pioneers with a global commitment. We also make our expertise available for all the regions that want to start their own local Health Deal with multidisciplinary commitment.

Download here our GlobalHealthDeal proposition, the same way as we helped provide the fundament for the Brabant Health Deal. We continu with our permanent innovation platform around our health driven dynamic clustering of a great diversity of expert partners in complex regional development. 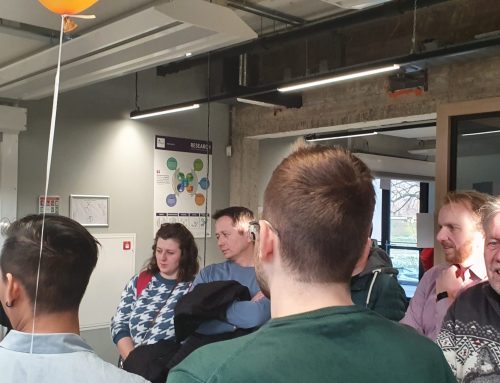