Words and their meaning

Words
We learn and use new words every day. Etymology for instance crossed my path for the first time today. I may have heard or seen it before but it has never entered my consciousness as it did today.

We pick up new words and even change the meaning of words over time. Etymology studies these patterns. This reminded me of a book about English language that I read once. It showed the study of migration of people in the middle ages from one area to another, through marriage, travel, war or other circumstances, by the sudden appearance of specific words in a region. Linguistic archeology! That facinated me already back then! Having lived in many places in different countries I developed even a special sense around the pronounciation of words and the origin of people. In Spain and here in Holland as well, the words and accents differ between adjacent villages, just a few miles apart.

The times in which we live today are just as exciting in linguistics as our past. Never before so many words have been reformated, screwed up or given a totally new significance as today. Internet, social media and the unique interpretation of words by our youngest generations has created a totally new vocabulary, giving new significance to old words, agreeing on commonly accepted new expressions, including even totally new words, expressions and letter combinations. My teenage daughter communicates with her friends through skype, Instagram, life streams, twitter and texting using a combination of images, short video’s, voice recordings, abreviations, emoticons and verbal emotions. When I see a written sentence she sees and senses a multidimensional storyboard.

Never before it has been more difficult to communicate and actually understand eachother. I even concluded that I cannot communicate anymore at my own level of societal resonance without introducing new words and images of myself. All old and current words often have a totally different energy and meaning to what I want to get across. Old words in a new jacket need as much cognition or explanation as new words in an old world. That is why I invent fresh ones of our own to resonate with, with their own fresh energetic charge. Back in 2003 I decided that I wanted to pass on a new reality to my children than the perversely dangerous political economic reality that we had created over decades or even centuries and that was destroying our habitat but also the harmony of our communities. With the decision to start creating a new society by being that society it never crossed my mind that such decision would end up into a new vocabulary too.

Words as energy carriers
Words carry meaning, history, culture as well as significance. A word transmitted by someone may not at all be the same word that the receiving part interprets. Context is part of the meaning, the communicative intentions of the sender charge it with part of him or her self. The receiver may recharge the word according one’s own resonance. Communication then becomes nearly impossible, especially when we develop new realities in a world of our own. That’s also the reason why I never dispute the old reality anymore in an attempt to convince people that it is obsolete and wrong for the times to come. I invite them to my new world and sense the energy, vibes and new communicative reality that grows in the new community that shapes itself and expands.

Parallel worlds
I simply use words and drawings, my teenage daughter combines words with emotions and foto’s. My parents use words and photoalbums and charge them with their own generational meaning. A conversation between grandmother and granddaughter easily becomes a Tower of Babel with remarks like “when I was your age” and a whole load of energy that is totally misunderstood by both. We are now living in parallel worlds and learn to deal with it through awareness.

A world organisation in extraordinary transit
Take the word “economy” for instance. What does it mean? We all use the word regularly or encounter it in our daily reality. But do we know what it means? Do we have a common understanding or an individual resonance? Or do we just use the contemporary public understanding of the term “money in my pocket to buy what I need”? Economy as a word has so many different formal and informal meanings and sensitivities that we first need to agree on the meaning of single word within a conversation before we can actually have a conversation.

Another word that gives rise to many hours of confusion is “sustainability”. An Italian student actually made a study and asked people of different cultures what that word ment for them. The report was shared with us through this blog.

Sustainocracy
Then people ask me why I introduced this word? The reason is simply that all other words that were already taken never allowed me to express myself because they were interpreted by my audience through the energetic programming of our current reality. When I wanted to talk about sustainable human progress from a humanitarian and evolutionary point of view I lost my audience because their mind was programmed to understand “Sustainable human progress = technological measures to assure energy supplies”. The same happens when I use the word “democracy” in the context of freedom of choice and required self-responsibility while my audience hears “government dependence and elections”.

So by introducing Sustainocracy I could capture the open mind of people who spend time getting a feeling by what I want them to feel rather than having to dispute the type of resonance around an already existing word. When saying Sustainocracy I am always right in its interpretation because I coined the complexity myself. When I say the “democracy of sustainable human progress” I get disputes around every word. An energetic chaos appears while we never get to the essentials of feeling the new energy of harmony and progression. Using that single word “Sustainocracy” I instantly bridge chaos with the opportunity to develop awareness and cocreation.

Our world of perception is governed by energies. If we voluntarily or intentionally change the resonance we change the perception. This is an extremely interesting field of societal research when dealing with the complexity of our evolution and the challenges we face because we managed to manoeuvre ourselves into a erroneous field of destructive resonance. Being able to remediate that with just one word, a word that carries the entire energetic DNA of a new global human society in harmonic relationship with our surroundings, is an unprecedented quantum leap in our own evolution. A new type of energetically sensitive humankind is born. 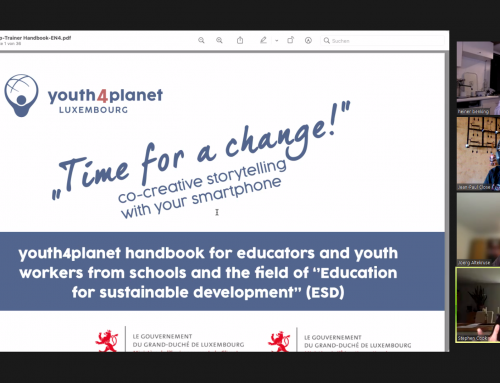 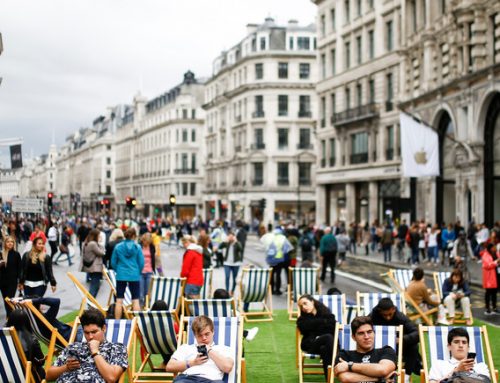